The IPCC, the UN, the Federal Office of the Environment… All tell us that if we do not act immediately, there will be global food shortages, mass starvation and social collapse across the world – including Switzerland. Carbon emissions must be massively cut.
Yet the government keeps acting like everything is going just fine.

We demand they tell the truth. We demand they act now. And we demand a democracy fit to deal with this crisis, using Citizens’ Assemblies to get us out of the deadlock. This is a total emergency.

If the Federal Council has not responded to these simple vital demands by the end of September, we call upon every principled and peaceful citizen to rise with us.

From October 3rd: Each day, hundreds of people, young and old, will sit down in the roads of central Zurich until action on the crisis is taken.

And: Don’t come alone! Bring your friends and family - to change everything, we need everyone! 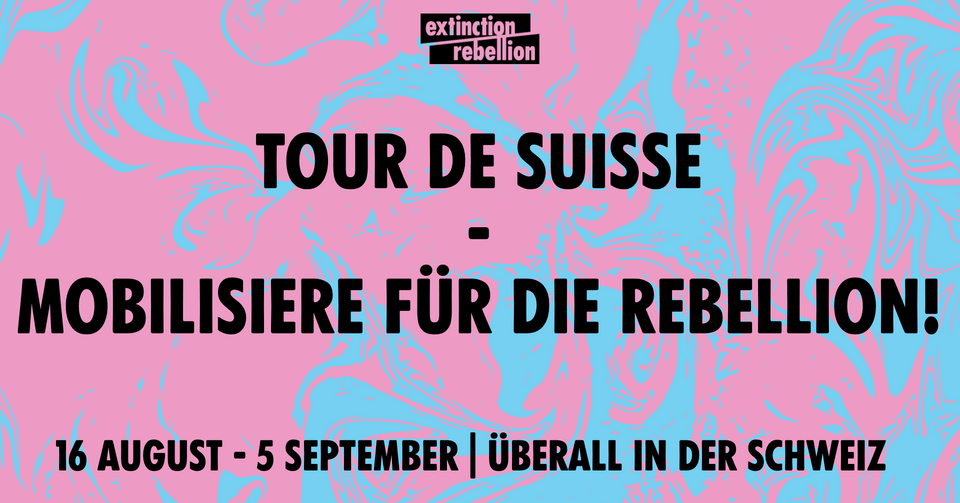 Ready to help for the rebellion? We’re looking for people helping us with postering and flyering all around Switzerland. Next dates: 23rd in Zurich, 24th in Basel, 25th in Bern and Morges… and a lot more coming. Materials all provided.

Talks about why we are heading for extinction, and what to do about it, training in nonviolent civil disobedience, mass mobilisation event. We’re planing for the rebellion! 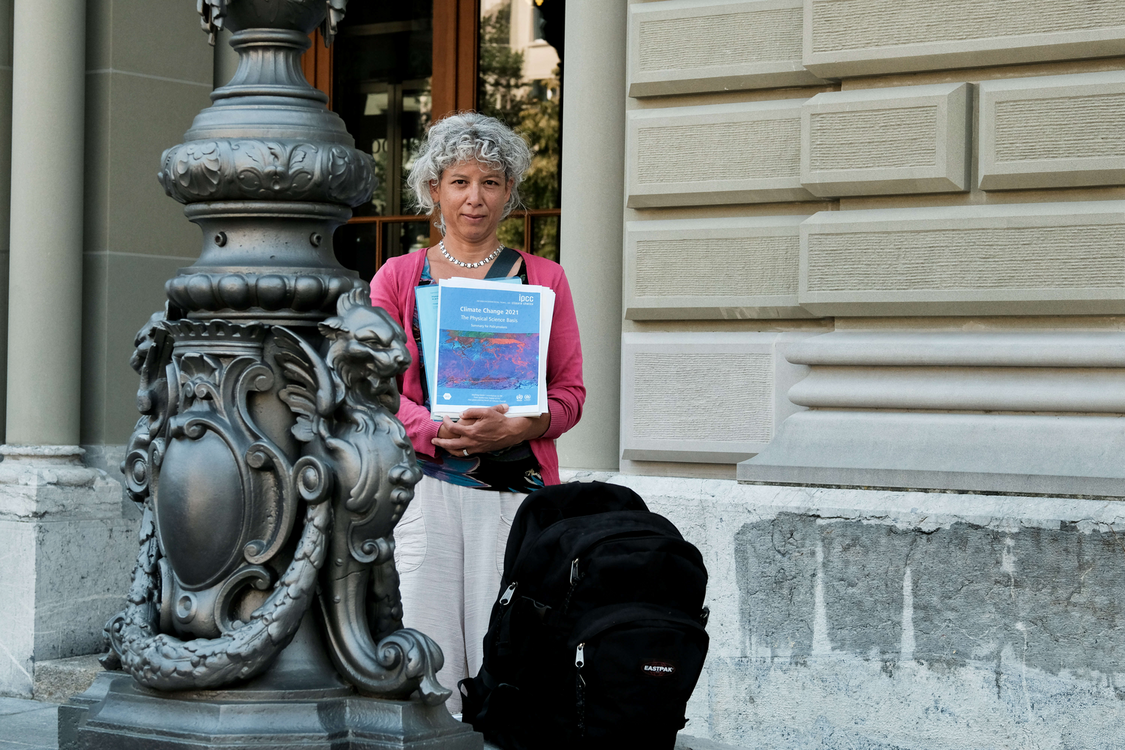 Do it like Sonja and stick the truth #UnderTheirNose!

On August 11, mother and medical doctor Sonja Hediger came from Vaud to plaster the summary of the new IPCC report on the Federal palace. For good measure, she also added the beginning of the Swiss Constitution, and the Last Call Before the Rebellion rebels delivered to the Federal Council in June. She was interrupted by the police after 7 pages, but not fined. She says she will come back every week until the rebellion. This week, other people were inspired to do the same in their city.

On August 17th, Clara, 19, was convicted of “coercion” for peacefully sitting on a bridge and demanding the government give her a future. She was one of the 250 people who sat for several hours on the Quaibrücke in Zurich, and she was the first to appear before the court. Rebels will keep proudly flooding the courts of this country, presenting them with the same question: what is the historic responsibility of the courts, when the government is “coercing” us all to watch our planet burn? 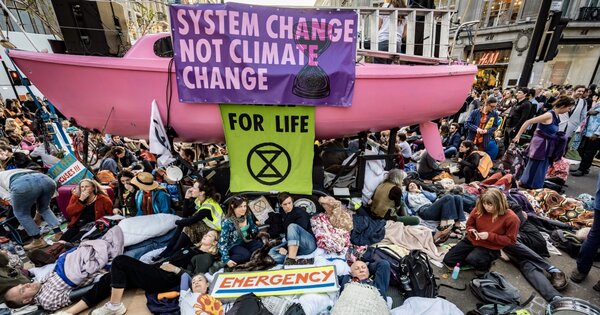 The latest UN report is clear: Climate change is here, it’s a crisis, and it’s caused by fossil fuels.

Impossible Rebellion in the UK

We’re not the only ones to rebel! All over the world, people like you and me are rising up to ask their governments to tell the truth and act. As of tomorrow, August 23rd, worried citizens will disrupt the City of London - with no end date.

One question, one answer

Isn’t the Swiss government already acting?
Switzerland plans to reduce its net carbon emissions to zero by 2050, thus meeting the internationally agreed target of limiting global warming to a maximum of 1.5°C when compared with the pre-industrial era. Beside the fact that this deadline is far too late in order to ensure a safe and sound future for us all, Switzerland still has no concrete plan whatsoever on how it wants to implement and achieve the net zero goal of 2050. Not really reassuring, right?