COP26 has failed and demonstrates that the Paris Climate Agreement is totally inoperable. Our leaders have miserably failed to protect us from the climate disaster.

Yet history has shown us time and time again: one method has been consistently able to deliver meaningful societal change. When ordinary people like you and me take to the streets in civil resistance to demand necessary change, governments have no choice but to act.

Civil resistance has many faces. Some took to the streets of Zurich in October, breaking the law and being arrested as part of the extinction rebellion, to protest against climate destruction. Other people around Northern democracies are now choosing the path of hunger strikes. This is the case of Guillermo Fernandez, a father of 3 from Fribourg, hunger striking on the Federal square since November 1st. He demands the Federal assembly to get a compulsory and public training session on climate breakdown and ecological collapse, given by scientists. In all these cases, it is ordinary people, like you and me, showing extraordinary courage, dignity, and integrity in the face of the climate catastrophe.

So let’s pull together in all our love, strength and determination - and join civil resistance.

With love and rage,
Marie and Martin for the national newsletter team
Marcus and Georgia for the translation

Guillermo’s hunger strike - what is it about, and how to support 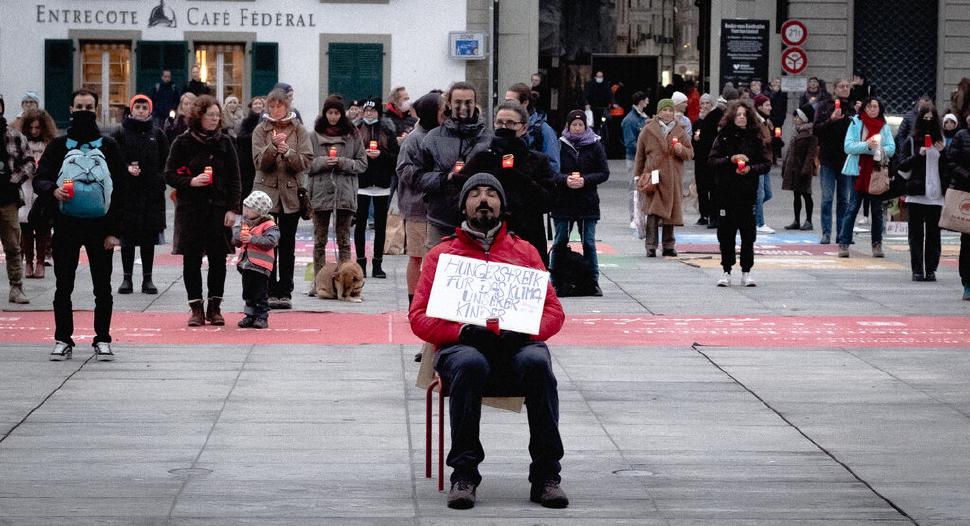 Hunger strikes have an important place in the history of civil resistance. As desperate as they might seem, they have been a way to gain control for those who felt completely powerless, galvanising others to find their courage to act. Such actions aren’t won by one person alone, but thanks to the public pressure on the public figure who’s the target of the hunger striker’s demand. They are powerful at transforming what is seen as an abstract “political matter” into a deeply moral and emotional cause. In the case of the climate and ecological crises, they are also an extreme way of “telling the truth, and acting as if that truth was real”. Guillermo’s hunger strike makes it emotionally inescapable that what we are dealing with, is truly a matter of life and death.

If you want to help Guillermo win, here is what you can do:

➡️ Come to a weekly zoom call to know how to help Guillermo win. Also in person in Bern after the Saturdays’ vigils. (details & link)

➡️ Join the candlelight vigils on Saturdays 16:30 on Federal square - being more every week is part of an escalation strategy. This Saturday 27th is Guillermo’s birthday! More info

➡️ Would you be ready for more disobedient actions as part of an escalation around Guillermo’s hunger strike? Make yourself known to his team -> contact@fernandez-guggisberg.name

Guillermo’s support team acknowledges the difficult feelings his action might trigger. They propose a weekly online empathy circle for anyone wishing to be heard, and offer listening to others. Every Monday at 19.00 online. 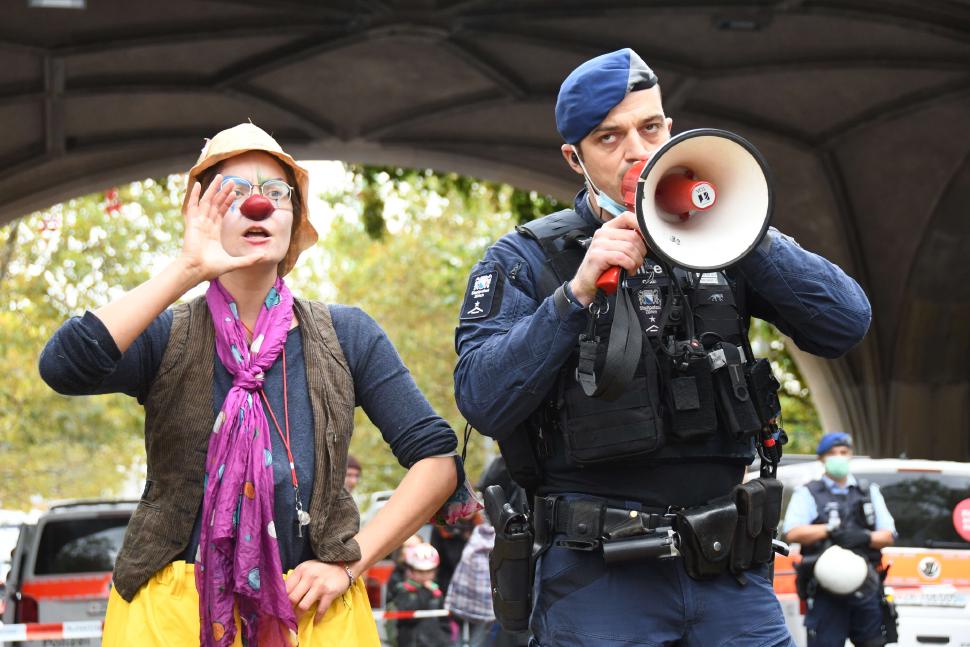 Father, grandmother, student, carpenter, scientist: the rebellion needs everyone, and it needs you. Here’s how to engage right now in building what could be the biggest uprising in this country.

➡️  Did you take part in the rebellion in Zurich? Share your experience with us, and the rest of the movement. The Media & Messaging team is looking for rebels willing to share their experience. Interested in writing a short text or snapping a quick video to share your thoughts and feelings? Please contact Marie: xr-switzerland@riseup.net

➡️  A rebellion does not pop up out of thin air: it needs to be carefully prepared. Are you motivated to join the working groups, help organising, learn more about the tactics of nonviolent civil disobedience and put them into practice? Join the next onboarding call on December 8th at 7pm!

Civil resistance is happening - all over the world 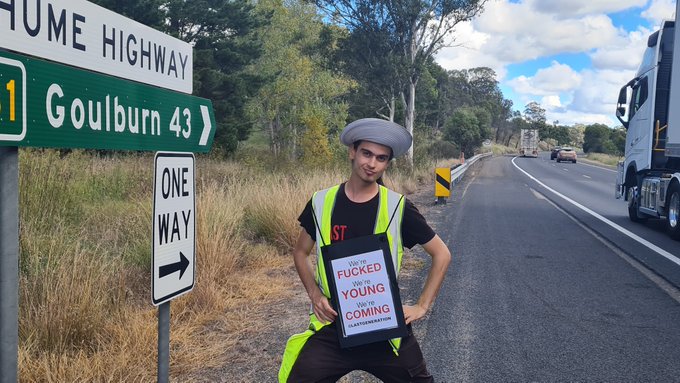 The climate and ecological crisis is happening. But so is civil resistance, and not only in Switzerland. In Nigeria, Brazil, Ecuador, Italy, Finland, Australia, ordinary people are rebelling as we speak.

In the UK, Extinction Rebellion is planning to respond to the failure of COP26 by mobilising two million people to engage in mass civil disobedience, with the first major act of civil resistance taking place in April 2022. Two million. This is huge. Watch the video!

In Australia, after a series of stunts this month where 29 people blocked the biggest coal port in the world for a total of 65 hours during 11 consecutive days, Blockade Australia is now announcing massive disruption in the city of Sydney in June 2022. People will block Australia’s most important political and economic centre to cause disruption that cannot be ignored.

I don’t know how you feel reading this. But to me, it warms my heart to know that I am part of something big ❤️