It’s 1pm. Anne-Sarah, Alexia and Marie are at Zurich station. Each has brought a large sign that says, in German, French and Italian: “Arrested because I’m worried”. They adjust their sign, look straight ahead, and walk confidently down Bahnhofstrasse.

On their way, they see police cars, policemen in uniform, and guess police officers in civilian clothes. An elderly woman watches them pass and applauds.

13h10. They arrive at the intersection with Uraniastrasse.

The light at the pedestrian crossing is green, they walk in the same stride, sit on the ground, side by side, facing the cars. “Stopped because I’m worried”. Honest, vulnerable, yet fearless. 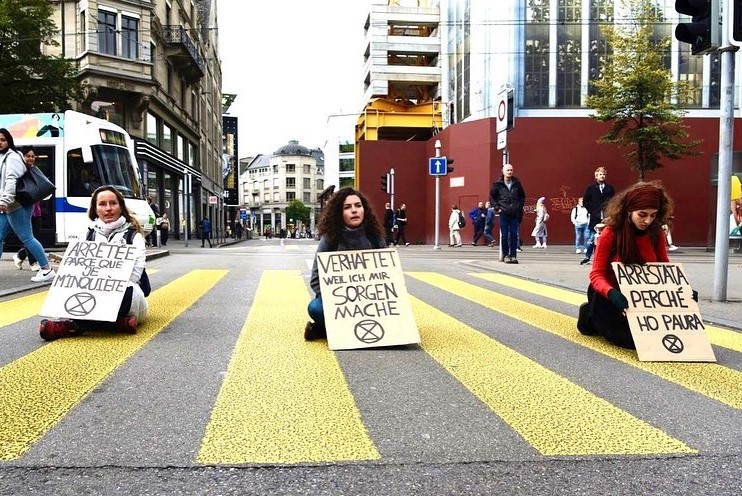 As they sat on the road, they were joined by a fourth elderly woman, who wanted to show her support. “I’m doing this for my children and grandchildren, it’s important to be here.

All four of them, together, decided to make an act of peaceful rebellion to show the courage of ordinary people. To show what they are willing to do to raise awareness and face the climate emergency. 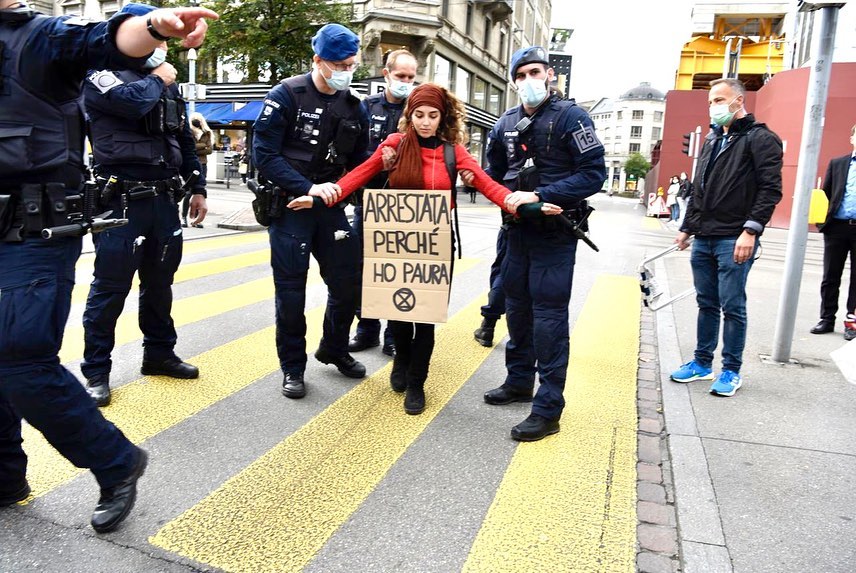 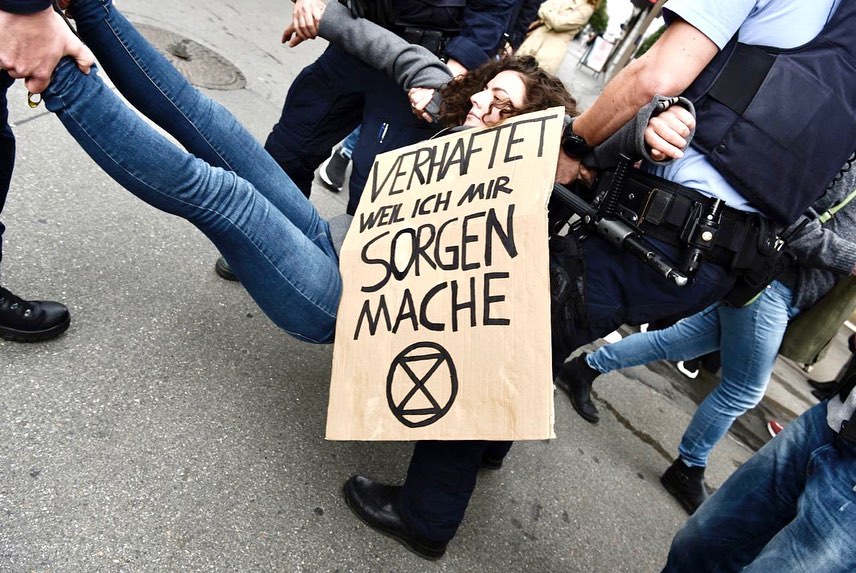 Anne-Sarah, 27: “We are in the middle of a climate catastrophe and the politicians are not acting. Sitting in the street and disobeying is the only thing I can do.”

Incredible courage. Courage that calls for our courage.

The count of rebels spending the night in jail is 12.

Everyone who was arrested on Monday is now free. 9 of the rebels arrested on Tuesday are still in, and 3 of today’s arrests joined them.

They’re in our thoughts - along with gratitude, love and incredible pride.