During rush hour this afternoon, people from the Extinction Rebellion went to call on travellers and commuters to join the open rebellion starting on October 3rd in Zürich.

The group of 16 people arrived at Zurich HB at 18:00 carrying two ladders, some round cardboard objects, a banner and clouds of helium balloons.

Half of the group proceeded to unfurl the 9m long white banner tied to (biodegradable) balloons filled with helium. The banner read in Zurich dialect:

CLIMATE CRISIS: WITHOUT RESISTANCE, NO FUTURE
WHO, IF NOT YOU?
JOIN FROM OCTOBER 3RD IN ZURICH
xrebellion.ch

When the rebels released the banner, it sailed to the ceiling and is now inviting everyone passing through HB to rebel for their lives.

In the meanwhile, the other half of the group used the ladders to reach 3 centrally placed clocks. They covered them with the extinction symbol, an hourglass in a planet. The clocks now show travellers that time to avert mass death and destruction is running out.

The Intergovernmental Panel on Climate Change warns that global warming will soon be totally out of our control, yet all our government is capable of is empty promises. The science is clear: we must act now - says Björn Müller, 19, from Seuzach (ZH), who has finished an apprenticeship as a lumberjack and took part in the action.

On June 22nd, the Extinction Rebellion had delivered an open letter to the Federal council, asking them to tell the truth about the climate crisis, and act immediately to decarbonise society within a few years, under the guidance of citizens assemblies. Rebels announced that if no adequate answer was given by September 20th, and since time to act is running out, they would have no other choice than to disrupt the country’s largest city until their demands were heard.

The rebels received no acknowledgement from the Federal council, which means the rebellion will happen. On October 3rd, an opening ceremony will take place. And on Monday 4th, hundreds of people, young and old, will sit together peacefully on the roads of central Zurich, and refuse to move until their demands are heard. The rebels announce they are willing to be arrested, and prepared to come back day after day.

Eugen, a 65 year-old retired theologian from Winterthur, who released the floating banner, explains why he is taking part in the rebellion: “The world is on fire and we need to act now. The government’s behaviour is unacceptable, all they do is talk, and delay any real action to get us out of the climate and ecological crises.

This leaves people with few options to get the Federal council to stop ignoring the emergency. From October 3rd, we will cause mass disruption to the center of Zurich. I am very happy about today’s colourful invitation to rebel against extinction, with love.”

Margaux Delley, 30, a graduate of the Hotel School in Lausanne who works in the restauration sector, and who took part in the action, explains why the rebellion’s third demand for citizens assemblies brings her hope : “I’m just terrified we’ll all be killing each other when we start running out of resources, and have been incapable of finding some solutions that strengthen democracy instead of eroding it. I really have so much hope in citizens assemblies.” 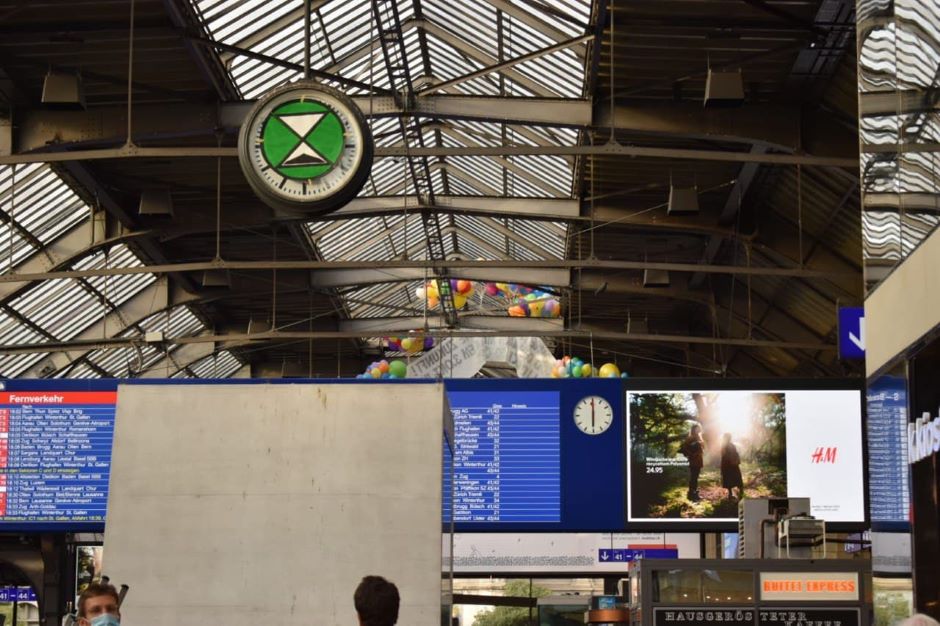