It may be difficult to muster much festive cheer this year. Pandemic aside, we have seen increasing ecosystem collapse, steadily increasing CO2 emissions, continuing governmental inaction, a predictively disappointing outcome from the COP26, and, in Switzerland, a failure to pass even the modest measures of the CO2 law.

Nor do the recent news look promising. Just in the last few weeks, a UN resolution linking climate change to international peace and security was vetoed. And new research showed that one of the most important glaciers in Antarctica is much closer to collapse than feared, paving the way for rapid sea level rises.

It is precisely because the situation is dire that we need to take the time to appreciate what ordinary people in civil resistance have achieved this year. In October, 200 people were arrested in the streets of Zurich for deciding to stand up for what is right. As a consequence, hundreds of people decided to help organise the next phase of the rebellion. The victory here is not concessions or policy changes, but increased mobilisation and visibility. And this is a victory worth celebrating!

So here, at the end of the year 2021, it is time to take a look at some notable achievements of the civil resistance movement, in Switzerland and elsewhere. Take a moment to celebrate with your friends and comrades, before starting the new year with fresh determination, prepared for the work that lies ahead and the many victories that are still needed.

With love and rage, Sanja, Frank and Marie for the newsletter team

What the rebellion has achieved this year in Switzerland 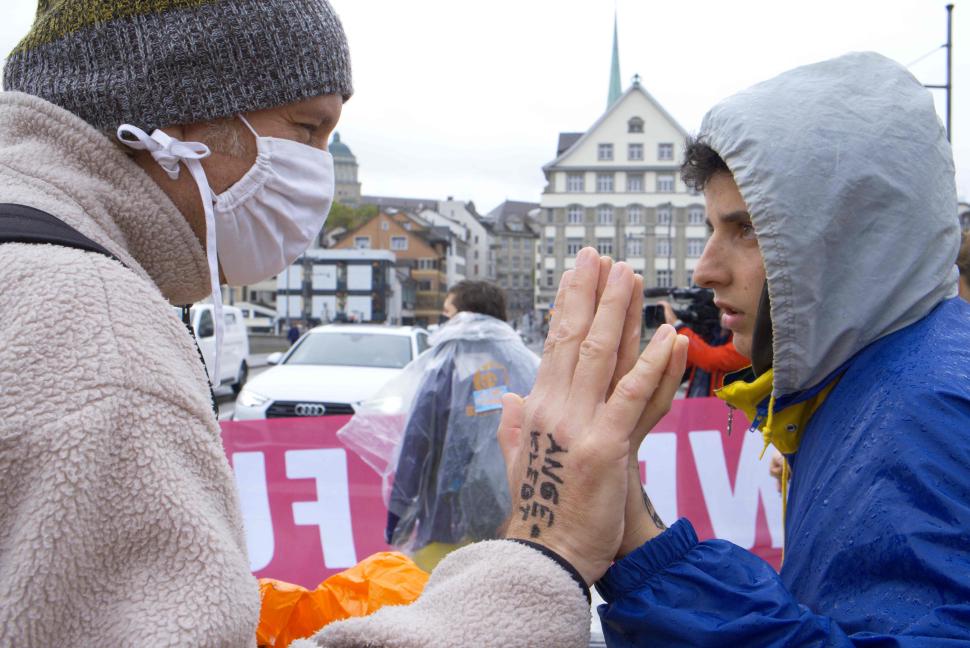 Sure, the demands of the rebellion were not met in October. But to view the outcome merely in instrumental terms is to miss its most important achievements. So here is what the rebellion has achieved this year in Switzerland:

The movement is growing - and so is the training offer, to make sure new rebels are well integrated and feel part of something big:

And for the rebels of Lausanne, don’t also miss the rebellion academy from 7th to 9th January and the welcoming meeting on the 15th of January!

For 39 days, Guillermo Fernandez sat on the Federal Square in Bern, hunger striking for the climate of his children. He started alone, but he didn’t stay alone. Day by day more people showed their support and added their voices to his demands, from worried grandparents on the street to world-renowned climate and biodiversity scientists. Twelve thousand people signed his petition, and on Saturday evenings hundreds gathered in Bern to join a candle vigil with him, while people all over the world fasted in solidarity for a day or longer. On December 9th the politicians finally had to yield.

On May 2, 2022, the Federal Assembly will be informed about the severity of climate breakdown and the biodiversity crisis directly by scientists from the IPCC and IPBES, as Guillermo demanded. From that day onward, the Swiss politicians will be fully aware of the harm their decisions cause, and what is needed to guarantee a safer future. Guillermo gets to live and continue the fight alongside all the people who supported him, all the people his action touched and in turn pushed to act. This is a clear and perfect victory. The world is forever changed, not just by what these people concretely achieved, but also by how they will continue to shape it from now on.

To learn more about Guillermo’s future fight, including his demands for the declaration of a climate and ecological emergency, a ban on financing for the fossil industry, net zero carbon by 2030 and climate and social justice, visit his website. 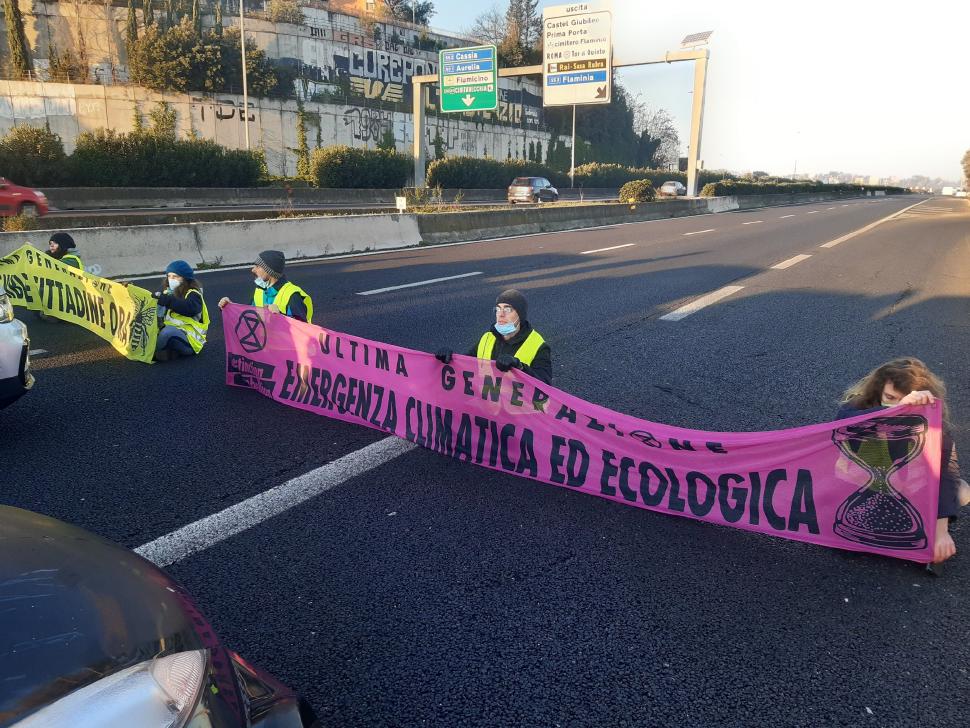 The rebellion in Switzerland does not stand alone. More and more rebels the world over have been taking direct action over the past year. 2021 has been a year of massive growth of support for civil resistance movements.

Extinction Rebellion has seen new chapters founded in many places across the globe, most recently in Morocco and Kosovo. Meanwhile, rebels have been staging some truly spectacular actions: who could forget the giant pink chairs and tables at the Impossible Rebellion in London in August? Elsewhere, Swedish rebels glued themselves to planes on the runway in Malmö, Spanish rebels took to the streets in Madrid, rebels in Nigeria, Ecuador and Brazil have been defying authorities, and most recently a bunch of rebels in the USA disrupted Amazon supply centres in defiance of overconsumption and solidarity with striking workers.

Most encouraging of all, new groups are forming that employ civil resistance, direct action and sometimes drastic tactics in support of climate justice. In Germany, participants of The Last Generation enacted a hunger strike that lasted for almost a month, and in the end got them a public discussion with chancellor-in-waiting Olaf Scholz. Strengthened by this action, they will start a new campaign using highly disruptive tactics to demand the end of food waste and a drastic change in the agricultural sector. In Italy, the similarly named Ultima Generazione, a campaign supported by Extinction Rebellion Italy, is blocking major roads around Rome to demand Citizen’s Assemblies. In Australia, protesters from Blockade Australia abseiled from coal handling machinery and disrupted the world’s largest coal port at Newcastle. In the UK, Insulate Britain has blocked roads in London including around the British parliament, as well as major motorways, while campaigning for home insulation.

Naturally there has been a lot of repression as a consequence of this direct action - the UK’s new Policing Bill is an appalling example - but there are equally signs of hope that the tide of public opinion is turning. Just look at the jury acquittal of the XR UK protesters who shut down commuter railways in London, or the recent release on bail of blind paralympian James Brown after appealing against his 12-month sentence for attaching himself to the top of a plane at London City Airport. Even in Switzerland there are signs of hope with the acquittal of climate strike activists who occupied a UBS branch in Lausanne in 2020.

**Such stories promise that in the near future, courageous direct action will be seen as what it is, an act of heroism and desperation to prevent  impending climatic catastrophe. Not a felony to be condemned but a victory to be celebrated.**❤️