Today there were twice as many of you as yesterday!

A hundred people gathered in Zurich ready to tell the difficult truth - and most importantly, ready to act as if that truth was real. The great climate and ecological fuckup is beyond words - it is only by bold displays of courage, love and rage, that we can shake our fellow citizens out of their fear and powerlessness.

Things didn’t go according to plan A - but plan B was a success! In this newsletter, we tell you more about it.

Twelve rebels will be sleeping at the police station tonight - it’s the second night in a row for 9 of them.

For a video summary of Tuesday, check out this amazing clip!

It is a real privilege to amplify the actions and voices of the glorious rebels on the ground, and we are very grateful for that chance.

With love, rage and admiration,

Anaïs, Marie and Moritz, for the media team 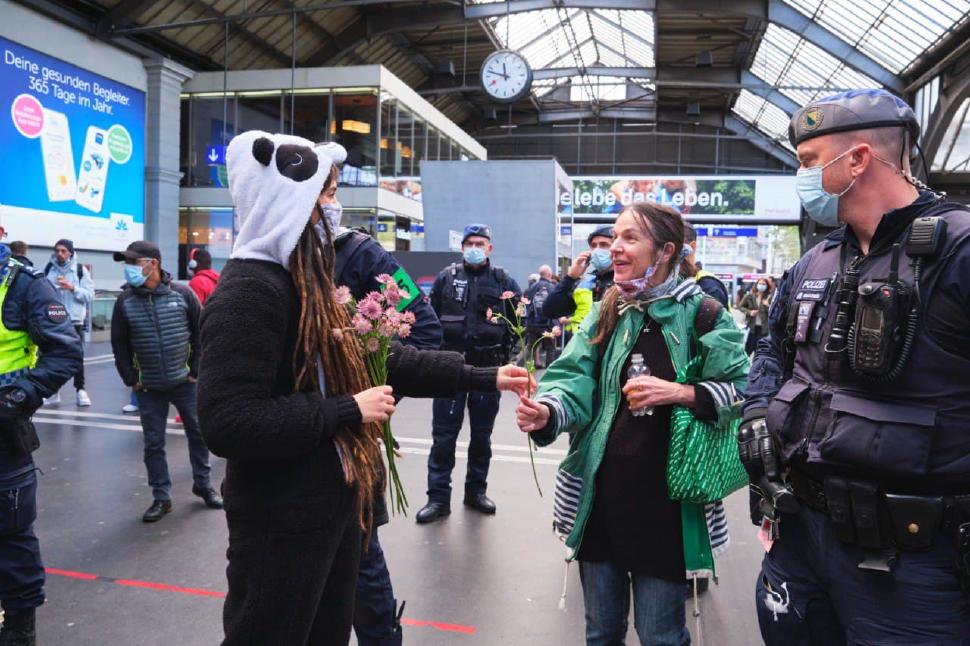 Rebels were about to meet for briefings at 10 at Platzspitz, when it turned out that the police was adamant to keep the park and the city rebel free. Two people received a 24-hour ban from the city of Zurich, for simply entering the park and wearing the extinction symbol on some article of clothing!

So instead, the hundred of rebels present today held their briefing in the middle of the busy main station - just so as to be maximally annoying should the police decide to move in on them. Which… they did!

At 11:30, soon before heading down for Bahnhofstrasse, about 100 police officers marched in and surrounded the group.

So today, we never made it to Uraniastrasse - but the middle of the pulsating train station is not a bad place to speak the truth about the urgency of ditching fossil fuels, and getting publicly arrested for it… 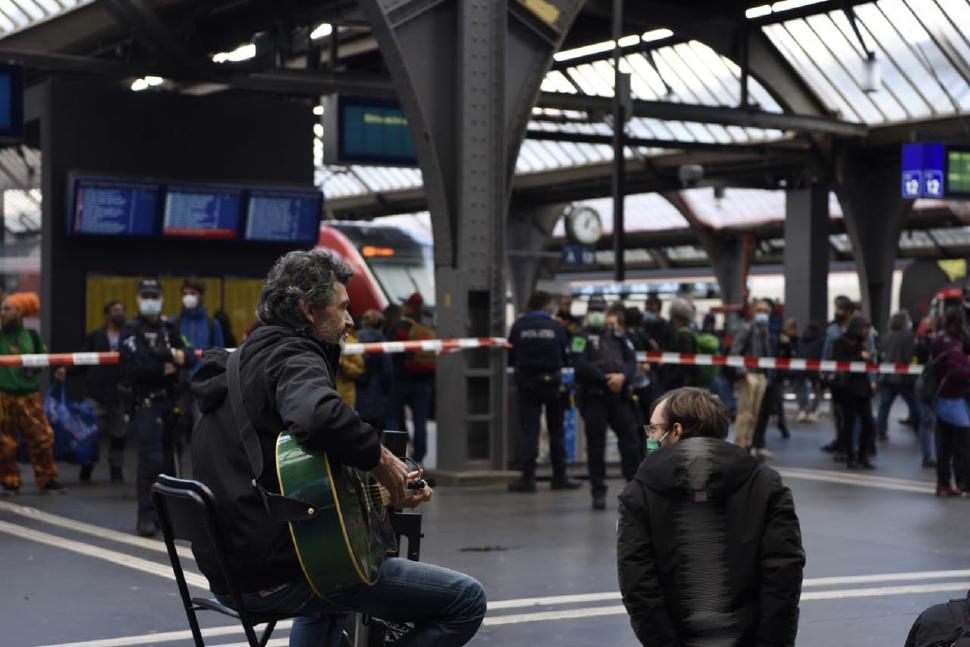 For about an hour, rebels sang (songbook here: https://drive.google.com/file/d/18v2qH5LYgxaaHjx5YnEwI-Q5Za024Y5q/view) and clapped (kudos to the guitarist and his sound system who was nearly the last man standing!), sitting peacefully around a large banner saying “ACT NOW”, surrounded by the police. It was once again an arresting sight for the crowd of people passing through the station, many of whom asked questions and described the situation as absurd and disproportionate.

The police allowed rebels to leave the perimeter one by one and handed them 24h bans from the city of Zurich - for having done nothing more at that stage than standing around chatting in the train station!

Nineteen rebels decided to go for it and refused to budge from their sitting spot around the banner - they were taken one by one to the police station to the sound of cheering.

Tomorrow - we come back! The format is a bit different, see below.

The count of rebels spending the night in jail is 12.

Everyone who was arrested on Monday is now free. 9 of the rebels arrested on Tuesday are still in, and 3 of today’s arrests joined them.

They’re in our thoughts - along with gratitude, love and incredible pride.

The plan for Thursday

😱 Today, the police threatened to issue travel bans to anyone wearing the extinction symbol.

😎 In the meanwhile, three brave rebels will go back to fulfill our promise and go and sit at 13:00 on Bahnhofstrasse.

😴 Let’s use tomorrow to honour our regenerative culture principles and rest. For those the asphalt is calling, save yourselves for Friday and Saturday !

💚 With Love and Rage 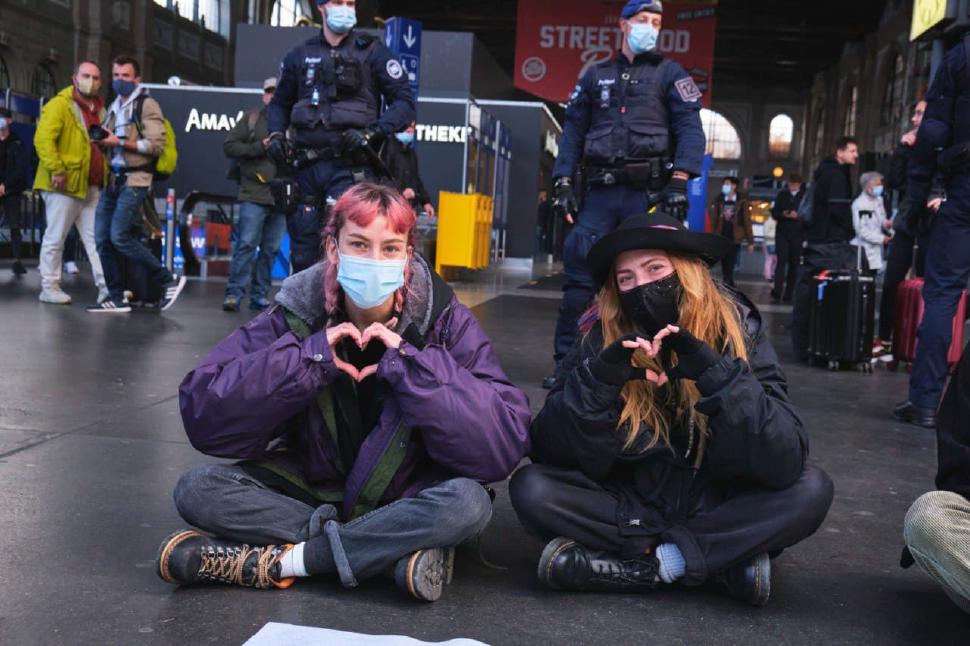